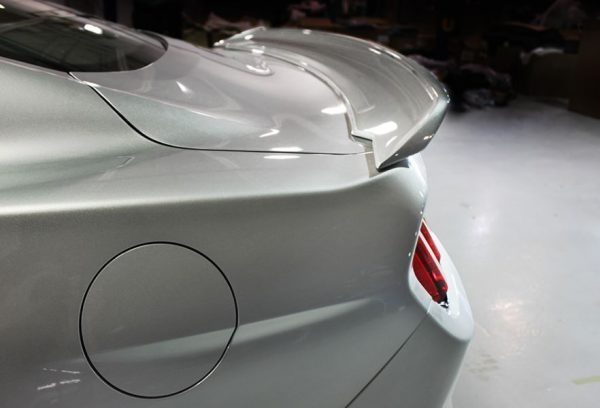 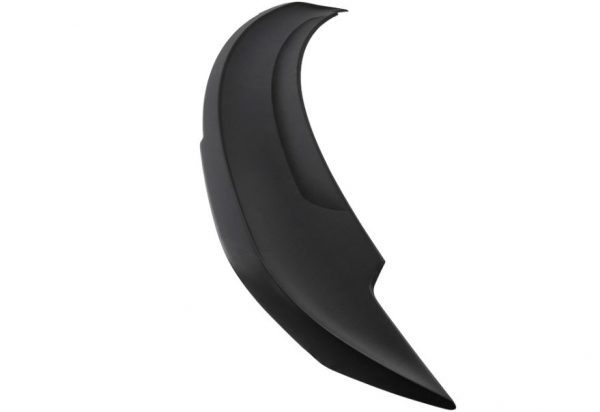 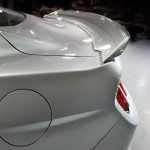 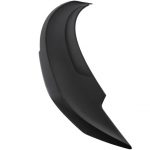 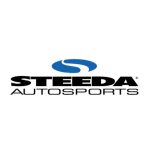 Making it’s debut at the 2015 SEMA show, our Steeda Q750 S550 Mustang was very well-received by our customers and the media. The body components on our new S550 Q-series were a hot item to talk about and we are proud to announce the availability of our Steeda S550 Mustang Q-Series Rear Spoiler to our customers. Take your 2015+ Mustang to the next level by adding our sleek, aggressive and tasteful rear decklid spoiler to your build!

Our Steeda S550 Mustang Q-Series Rear Spoiler introduces high contrast lines and sharper edges to give it a more aggressive look than a standard S550 spoiler. The duck bill shape of the spoiler is kept at an acute angle to flow with the tasteful styling of the S550 and also to maintain rear window visibility while driving. The spoiler features a slightly notched top edge to give a more dynamic look to the curvature of the spoiler. Each edge of the spoiler flows effortlessly into the top rear quarter panel lines of your Mustang. Mounting our Steeda S550 Mustang Q-Series Rear Spoiler to your 2015+ GT, EcoBoost or V6 will drastically improve your Mustang’s styling and is perfect for a stealthy-looking build.

Our Steeda S550 Q-Series Rear Spoiler is manufactured from high quality lightweight polyurethane polymer for superior appearance, durability, heat, and impact resistance. Our Steeda rear spoiler was designed using OE CAD data to insure a precise factory fitment. Installation requires NO DRILLING and is adhered to your trunk using a combination of extra strength 3M automotive bonding tape and 3M polyurethane sealant. Our rear spoiler comes with a primer coat of satin black that is ready for paint or can be used as-is to match any satin accents on your 2015+ Mustang GT, EcoBoost or V6 Coupe. This Steeda S550 rear spoiler gives the appearance of an OE stock rear spoiler with an aftermarket flare.